In Tajikistan, the flames of the 1992-1997 civil war reappeared. The Tajik authorities, out of the blue, created an explosive crisis situation, fraught with new bloodshed and civilian casualties in Badakhshan. The crisis in the Gorno-Badakhshan Autonomous Region, provoked and reinforced by Emomali Rakhmon, is developing according to the scenario already tested in 2012, and one wrong, rash and irresponsible step by the authorities is able to unleash a new ethnic and religious slaughter In a sensitive place like Badakhshan and all of Tajikistan.

To remain silent and stand aside at the moment would be tantamount to betraying the interests of the citizens of Tajikistan and future generations, the long-term national interests of our country.

For more than a month after the visit of the head of Tajikistan Emomali Rakhmon to the capital of GBAO, the authorities could not give the true reason for the massive transfer of troops to Badakhshan. It became known that in addition to the staff units, the authorities had already formed additional detachments from among the veterans of the civil war, namely, the Popular Front, which brought Emomali Rahmon to power. The very same “NF”, on whose conscience is mass extrajudicial executions of civilians, including Pamiris.

We seriously warn the Tajik leadership to refrain from repeating irresponsible, explosive military-police actions in Badakhshan, urge them to abandon the psychology and practice of state terrorism against their own citizens and not wake the demon of the civil war.

We remind the Tajik leadership that it is called upon to serve the people and abide by the Constitution, which protects the presumption of innocence and does not allow anyone to be called a criminal without a competitive court. The current actions of the leadership of Tajikistan are a direct gross violation of the Constitution. The use of the army and special forces in peacetime against their own citizens is illegal and contrary to the status of a democratic state of law and international norms.

We call upon the citizens of Tajikistan, for the sake of peace and tranquility in the country and for the future of your children, especially servicemen and officials, to refuse to carry out anti-legal and illegal orders and instructions.

We call upon the world community, all those who are able to impact on defence of maintaining peace and tranquility in Tajikistan, to use all their opportunities to prevent the bloodshed in Badakhshan.

Badakhshan is an integral part of Tajikistan. The population of GBAO does not threaten anyone and does not attack anyone. These are our fellow citizens, the same as all others, whom we do not divide into ours and others. All Tajiks and Tajiks have one common misfortune — poverty and powerlessness, the inability to choose and influence the life of the country, to make it fit for a life worthy of a free person.

Tajik authorities drove people into Badakhshan with weapons to kill, in order to pit our citizens among themselves, when the wounds of the civil war had not yet healed. They did not send there thousands of volunteers as part of the labor force to build workshops and factories and create jobs. Instead of tractors and excavators, they sent cannons and armored vehicles against their own people. It is not the right way to respond to the needs of the people. The problems of the population are not solved this way. This is how the problems of authorities are solved, the vicious circle of which it reproduces for itself and for the population.

We warn the leadership of Tajikistan that in the event of the start of illegal criminal activities in Badakhshan, we will regard this as an act of state terrorism against the Tajik people and respond with protests of the National Alliance of Tajikistan in the largest cities of Europe and the world. 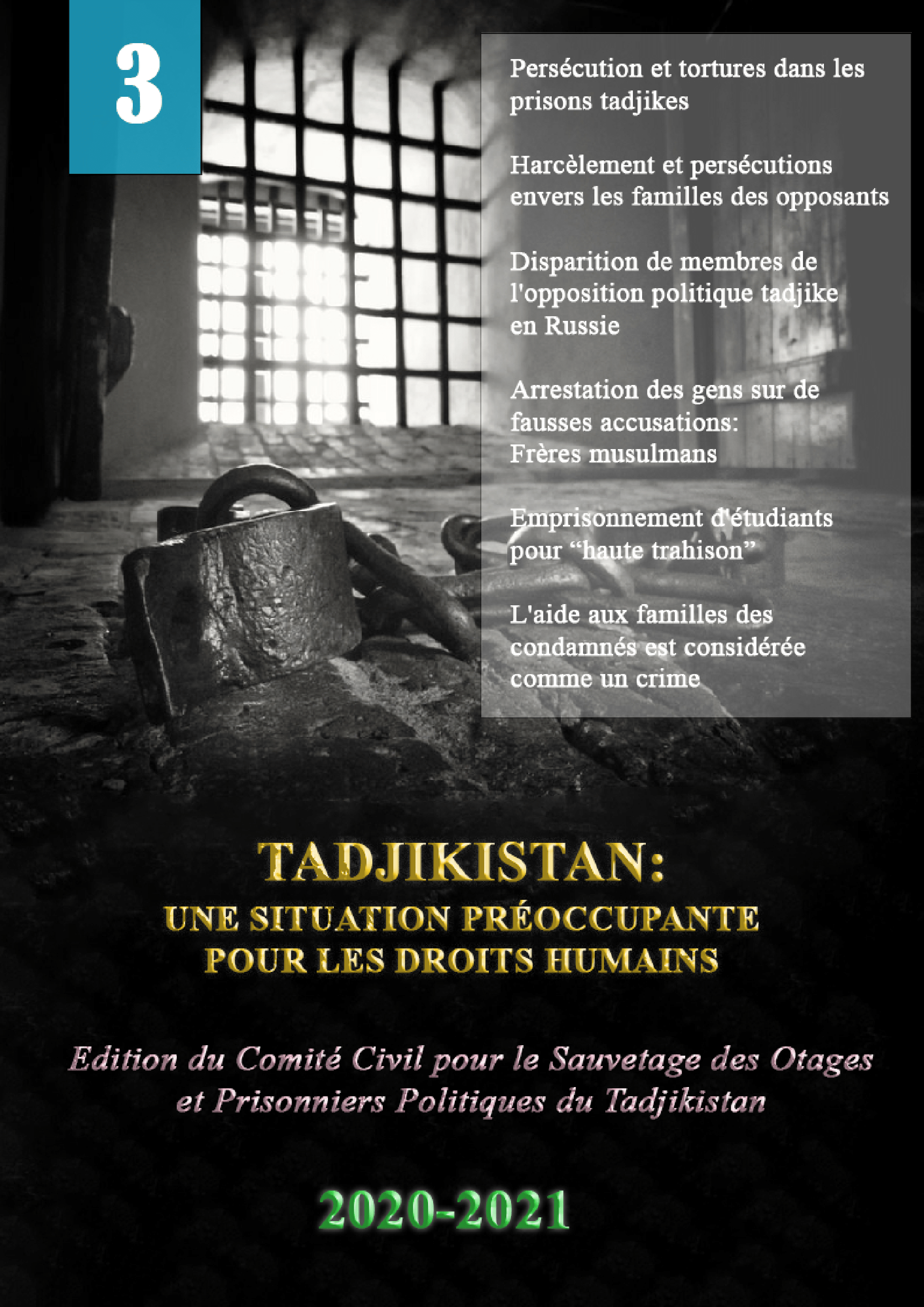