Condolences from the National Alliance of Tajikistan on the sad and untimely passing away of Mrs. Fayziniso Vohidova 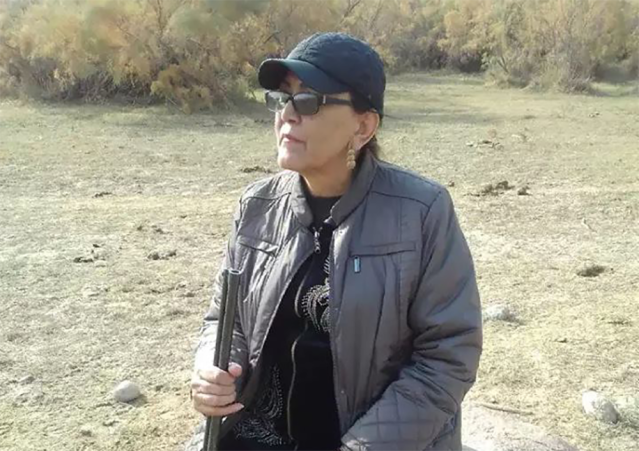 Today at 2 am, the heart of Mrs. Fayziniso Vohidova, a fearless lawyer of honour and a defender of justice, —Gurdofarid of the rights and dignity of Tajikistan — stopped beating at the Khujand hospital.

Just 10 days ago, on December 24, she turned 55 years old. In any civilized country, such an attorney with an impeccable reputation, enjoying respect and love not only among colleagues and in a society fighting for justice, but also among those in power, could have made a brilliant career. In any democratic country, it would be honoured, surrounded by honours and privileges. 55 years for a lawyer in developed countries — the heyday.

People of honour, like Mrs. Faiziniso Vohidova, are unique in general, but especially for Tajikistan, whose humiliated powerless society needs protection, protection of their violated human, civil, constitutional rights. But for her service to society and the law, Mrs. Fayziniso Vohidova, instead of honour and prestige, received from the authorities of the Republic persecution, harassment, dirty intimidations, revocation of a lawyer’s license, prohibition on her profession.

Mrs. Fayziniso Vohidova had repeatedly visited democratic countries and could get asylum in any country, but chose to remain in her homeland. Recently, she was not allowed to even visit the neighbouring countries, Uzbekistan and Kyrgyzstan for a short time.

For more than 10 days, the doctors of the regional hospital could not cope with the inflammation of the lungs of a woman, who herself came to the hospital and there fell into a coma. In Tajikistan, alas, there were not enough qualified doctors to help a person with a cold. Alas, many Tajik qualified doctors prefer to live and work in free countries, where their civil rights are protected.

A gag, deprivation of the word and intimidation of a lawyer is akin to suffocate the whole society. These are the means by which the authorities kill the legitimate right to vote and to defend the oppressed, humiliated, and powerless. Thus, the lawyer Isoq Tabarov, an attorney of Zaid Saidov, died in the prime of his life after a heart attack after having convicted two of his sons on trumped-up charges. So the authorities killed the lonely fearless voice of conscience, finally silenced Mrs. Fayziniso Vokhidova, forced her to give up her beloved profession, undermining her health by dismissal from work, cynical harassment, dirty threats and insults of anonymous murderers controlled by special services.

We offer our deep condolences not only to the family and friends of Mrs. Fayziniso Vohidova, but also to the entire people of Tajikistan. She would have done honour to any country, but we are proud that this honour, to be her compatriots’ contemporaries, friends and colleagues, fell to us. Her life and service to the Tajik society, the rights and dignity of a citizen of Tajikistan is a civil feat of a person and human rights activist who loves her country and her people, is an example of honour and fearlessness for all of us.